I don’t like losing.
I hate the feeling.
It starts like a slow, murky itch.
Coursing from my gut, impairing my speech.
I babble a little. Move though I sit.
Words flake. No pitch. Thank heavens for my seat.

I don’t like losing.
I remember the feeling.
The cold dart, sticky throat.
Eyes peered, like daggers both.
The regret of time, the loss of mine.
Seconds took hours. Heaven’s fine.

I don’t like loosing.
Especially the feeling,
when she looks and says: “Let’s just be friends”.
Yeah, right, let’s play pretend.
She smiles, successful.
I stand, perplexed. “Is she remotely remorseful?”

I don’t like losing.
I guard my feelings.
Maybe that’s why I smile so easily.
It eases the lies and tricks everyone lightly.
To think I’m gay,
That I am not a bird of prey.

I don’t like losing.
I sweat the feeling.
Defeat makes me interrogate myself.
My choices, my dreams and all on my shelf.
The chances I lost and how far I have come,
Using the bottom to the stronger I have become. 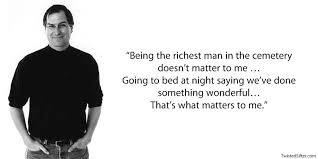 My paternal grandfather spent his last days with us. Everyone says I look a lot like him. I have seen some of his picutes. I think it’s true. And, from all indications, we are a lot alike. My mum says we laugh and walk the same way. She found him pretty terryfing- that he always sounded as though he was scolding. That was his natural voice. I know because unless you know me personally, you would always think I am scolding at you. He was really tall too.
Just before he died, he wasn’t very well.  He was about 100  years old. My father took care of him. . He wasn’t very sane anymore. In his life, he had worked hard and taken care of many people. He was a very generous man. My father fed and bathe him. I watched them talk for hours and saw the father become the son of the son. I was about 12 or 13.  I did not know what that meant.
The first time I saw my father cry was when he died.
I now know what it meant.
My father’s older sister spent some time with us before she died. Her kids too lived with us for a while. The relationship wasn’t very smooth.  My mom really wanted everything to work out. Unfortunately ( or fortunately?) she’s just human. My aunt eventually  left after a while. My cousins and I don’t have childhood memories to share. I remember my aunt was very softhearted and that she loved her children very much.
I am sure they miss her. My father clearly does.
The second time I saw my father cry was when my mother’s father died. I don’t have much memories from my encounters with him. What marks me about his generation is that they worked really hard and they raised really great children. I know because ALL of my mother’s sisters and brothers reflect their respectful, humble and righteous upbringing. My mom still sleeps in her room when she goes to her father’s house. And, you can’t be a naughty kid around her.
During the last christmas vacation, my cousin from Germany said my granddad had once let him shave his head.
” I was really scared”, he said. My granddad had  smiled and told him  in pidgin:” No fear”.
Don’t be afraid. He trusted his kids and grandkids. And he loved them very much. From my mother’s upbringing, what I can certainly confirm is that he never spared the rod. He has no spoilt children.
I remember my father tearing up a little during the funeral. He quickly went away. Maybe he thought had not seen him.
My mom always talks about about my granddad. About his bicycle (Iron horse) and farm and how he worked on his cocoa farm everyday until he had a stroke that rendered him less mobile.
There’s a picture of him carrying my younger brother at home. This was after his stroke. My brother is pissed. He is crying and trying to run away. I guess he is scared of him.
I can see the pride and love in my grandfather’s eyes.
Last Friday, my father’s mother died. She had a heart attack. We were not very close but I bet she loved us very much. The night I received the news, I had a dream a friend of mine died. I don’t have premonitory powers( yet) but I know that was my subconscious coping with the news. My brother and I went to Kumba the next day. We met our parents at the park and sat for a while in the shade. They had been drinking for ‘refreshment’ purposes.  My brother and I took a drink too.
That was the third time I saw my father cry.
Three days ago, a 36 seater bus carrying students  from the Pan African Institute for Development, West Africa (PAIDWA) on a field trip  collided with private vehicle. 11 people died  on the spot.
8 of them were students.
My friend Brian lost his younger brother in that bus.
Casualties are currently at the Buea regional hospital. Two more people died today raising the  toll to 13.
I want to call my friend and tell him I am sorry for his loss.
I don’t know how I would feel if my younger brother died.
Fact: we will all die. So, what matters now is: how did we live?
Death sucks. Seriously. But, I think  death only sucks for the living. I cant’t picture my uncle and grandparents saying:
” Man…I wish I was alive…”.
I don’t know anyway. I lost my ghost whisperer powers.
Steve Jobs summed it all:
“Almost everything, all external expectations, all pride ,all fear of embarrassment or failure,these things just fall away in the face of death leaving only what is truly important”.
What IS truly important?
I have no idea.
I know this post is pretty melancholic. I won’t exit with a smart sentence that makes you see death as a best friend.
Death is not your best friend but whether you embrace the concept or not, it is coming. It is inevitable. No one is too young or too old to die.
Death WILL come.
Be ready.

PS: Life is here too…don’t think about death and forget to live okay?

I used to say I  don’t know how it feels to lose someone close. As I write this, i still don’t know exactly. Maybe I never will. But, what i can tell you is that I have a feeling very close that.

Stop me if my description is inaccurate: there’s a hot sensation around your face and all hunger fades away. You feel no need;neither to eat ,go to the bathroom , or talk, It is fully felt especially when you are alone. You are helpless- probably the only word that describes the state. Helpless. You feel no one can help you. You feel your world crumble-literally. Your dreams become meaningless. No way forward. Not only do you no know what step to take , but there is no path before your clouded eyes.

Your breathing speeds. Heart rate too. Sometimes a shiver or two as you consider the cold possibility. Then, there is the default thought chain:

“This is not happening. This can not be”.

Denial, psychologists call it. I call it truth. Because it is. It is happening. You know it. I know it. Thinking about it is not denying its veracity. The mind just expresses the truth in a more …acceptable manner.

All along this cold, harsh, long or short road to recovery, you will remind yourself of this-in thought and sometimes by saying it. Or murmuring it.

” This is not happening”.

You don’t say this to anyone. We both know ‘this‘ is happening. We both know ‘it‘ has happened. We are just easing ourselves into the truths-gently like a mother putting her naked baby into the half-filled bathtub. She pours the lukewarm liquid around the child with care , affection and admiration of the tender skin.

Cold water stings, hot water scalds. Like our brain, our mother would never intentionally hurt us.

“This is not happening”.

We prepare for the fact, the ‘not’ is a veil- distancing us just a little from what we know is ahead.

Like the water wets the skin aiding to lather and clean,our synapses soothe. The tears serve as an outlet. It is oft said ; Women live longer than men because they express themselves better-happiness, anger, sorrow,grief. That women cry more hence move on from negative emotions faster than their husbands,brothers and nephews.

I don’t know how true this is but I agree with one valuable assertion-tears relieve.

Punctuating reality and distancing ourselves from the fact,tears remind us of a universal truth ( probably the only indisputable statement): we all die-we all return to the ground. Tears fall down. Sometimes, they run down.They carry heavy hearts…bleeding hearts. A heart break without tears is not one-so is a death or a defeat or a loss.

Losing is hard. Losing to an ultimate master is harder.When you know there is literally NOTHING you can do, it is even worse.

Like the water lathering and cleaning, tears shed ‘dirt’ off the mind. No one is ever the same after an emotionally rich cry. It changes you.